“We Have a Deal,” by Natalie Reynolds: Book Review 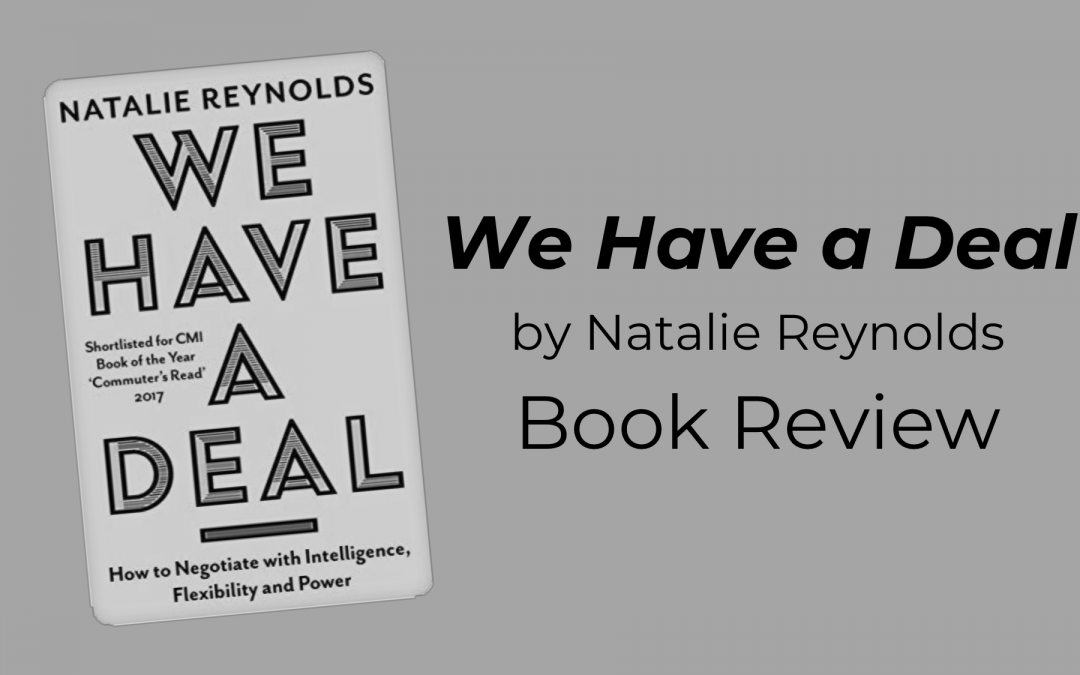 As a part of my salary negotiation coaching practice, I wanted to learn more about negotiating skills. I found Natalie Reynolds’ book, We Have a Deal, to be a great resource for understanding the ins and outs of the negotiation process better.

Avoid negotiation mistakes detailed in Natalie Reynolds’ ‘We Have a Deal,’ and improve your salary negotiations game. #businessbookreview #salarynegotiations #wehaveadeal Click To Tweet

Acclaimed negotiation and dispute resolution expert Reynolds demystifies negotiations deftly, and I now use many of the lessons she teaches in We Have a Deal to help my clients with their pay negotiations.

Most of us don’t negotiate on a regular basis, and it really is a set of technical skills. If you can stop making a few basic mistakes, though, you greatly improve your odds in any negotiation.

Negotiation’s Not All About Winning

One big mistake is to think that negotiation is about winning. But it’s really about getting to an answer both parties can accept. Setting negotiations up as win or lose (particularly when they relate to pay) is a recipe for disaster.

Not All Negotiations are the Same

Another mistake to avoid is thinking all negotiations are the same, and you should always use the same approach. Haggling or hard bargaining (the type of negotiations you might engage in at a bazaar) doesn’t work well with salary negotiations, partially because you’re ultimately going to work with the person you’re negotiating with (or at least at the same company).

A lot of my pay negotiation clients don’t want to be the first one to put a salary number out there. Reynolds’ research, though, shows that making a first move has an effect called “anchoring.” Because of the way our brains work, all future numbers are anchored to the first one we hear or see, which gives an advantage to the person who goes first.

Reynolds recommends going into negotiations with a figure that’s “ambitious and realistic,” and I agree!

Perhaps my favorite mistake Reynolds calls out is thinking that the negotiation is personal. It’s not. You’re sitting across the metaphorical table from someone who has a whole set of values, goals, and pressures that you don’t know about which may be driving their behavior. It’s unlikely their behavior has anything to do with yours (unless you’re being a jerk, so don’t be one).

Sometimes, you won’t be able to come to an agreement with salary negotiations. And that’s okay. If agreeing to the best offer an employer is willing to give doesn’t serve you, it may make sense to walk away. If you’re starting to feel like this might be a possibility, make a list of pros and cons, and examine it closely before making your choice.

We Have a Deal is a terrific handbook for anyone who would like to bring tips from a pro into their salary negotiations. And if negotiating is a regular part of your job, the book is pure gold!

What’s the best piece of negotiating advice you’ve received? Write us in the comments below!